For various reasons our second child became a bottle feeded child and as my wife and I like to optimize away impractical and cumbersome things we came up with this kit that keeps a bottle feed baby going for 24hrs and during a day trip! 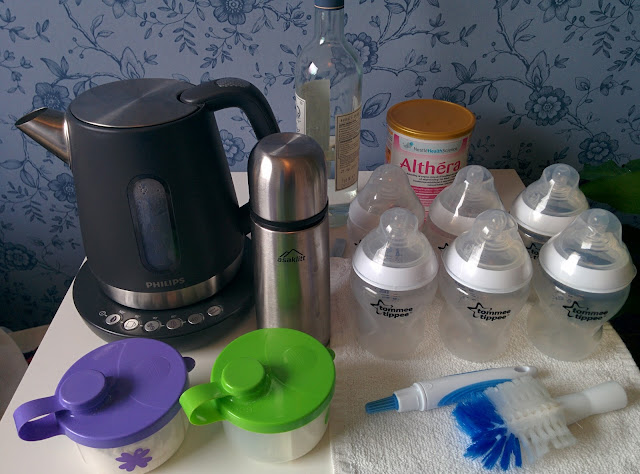 We ended up buying a broken Bugaboo Bee from a dishonest seller. The seat was completely broken off together with one of the hood clamps and the fabric and plastic was very worn down. So the question was, do we toss it or fix it? Easy answer :)
Here are some photos of the damages;

The first step in fixing this was to determine the type of plastic used. I tried contacting Bugaboo but didn't get an answer so I did a burn test. You simply try and set the plastic on fire and look at the flame, smoke and smell to determine the type of plastic using this table: http://www.boedeker.com/burntest.htm. I got nasty smelling black smoke and heavy sooting from the seat so I guessed it was most likely ABS (or maybe Polystyrene). I found a source of plastic that behaved the same (T-joints from a drip irrigation kit) and did a test weld that stuck. Welding thermoplastics is done by simply heating two pieces of plastic to their melting point with a heat gun and then pressing them together. It can be quite tricky to get right though so a little poking with a soldering iron is helpful to get a good solid weld. The results aren't very pretty but very sturdy. I could have made the welds look much nicer by going over them with a dremel and sand paper but the welds will be covered by the seat and hood anyways so I decided it wasn't worth the effort.

It was my first time welding plastics and if I'm doing it again I would like to have a smaller nozzle for my heat gun to spare surrounding plastics from melting.

The fabric was as good as new after washing (at higher temperature than recommended ofc) and the plastic regained its luster after cleaning with alcohol and rubbing with vasseline. In the end the stroller looks very nice and works like a charm :) 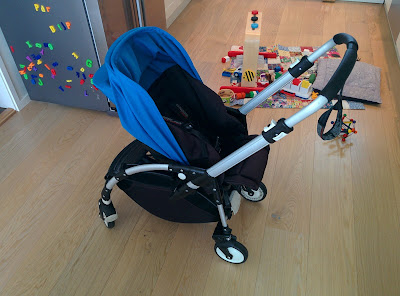 Thought I'd make a quick test running node.js on the chip and what better way than to blink the on-board LED which is accessible on the i2c-bus :)
Clone https://github.com/larsenglund/chipled and cd into the repository folder, then make some binaries to toggle the LED:s (from http://wiki.geeky-boy.com/w/index.php?title=CHIP_Proj1)
Install node.js, npm and dependecies for the project
And start the server
You should now be able to toggle the white on-board LED using the following URLs:
Time to build something a bit more interesting with this CHIP :)

Read more about CHIP at the Next Thing Co (NTC) website:http://getchip.com/pages/chip

CHIP benchmarks compared to Raspberry PI and others

Got my CHIPs from Next Thing Co (NTC) yesterday and just did some quick benchmarks with sysbench to compare the CHIP to these numbers: http://www.davidhunt.ie/raspberry-pi-2-benchmarked/ 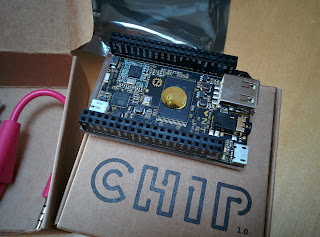 I wanted to compare price, delivery time and quality of a handfull of cheap board houses to find a good supplier for hobby projects. So I ordered the same design (a 2 layer 35x25mm board) from the following PCB manufacturers;

All PCBs where of decent quality (see pictures below) and came in adequate packaging.
This is a table of cost and delivery time. The cost includes the cheapest shipping option to Sweden. 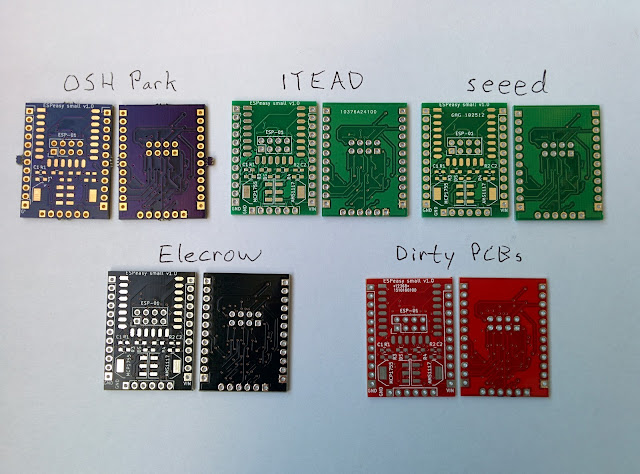 In retrospect I should have created a PCB that tests the limits of the PCB manufacturers with regards to tolerances etc. Donate some coin below to cover the PCB cost and I will do a more detailed comparison.

The DCS-930L is a cheap wireless camera that lacks infrared LED:s and has a infrared filter in place to block all infrared light. I googled around and found Microfrost blog (http://www.microfrost.com/2011/06/21/d-link-dcs-930l-infrared-capabilities/) and thought I'd removing the infrared filter from the new composite lens assembly that my camera has. It turns out it's not that hard, see the process in images below.


That's it, now the camera can see infrared light. You can also add an external infrared illumination source if you want even better visibility. Check Microfrosts post about this: http://www.microfrost.com/2011/06/21/infrared-led-assemblies/
Posted by Unknown at 10:46 8 comments:

If you came here just for the arduino datalogger/oscilloscope you can skip the next section of text.

My Volvo 945 failed the yearly inspection with the comment "engine disturbance, unable to measure exhaust enviromental values". After a tip from a car mechanic and some googling I settled on that the problem must have something to do with the lambda sensor and is probably due to a crack in the exhaust pipe right before the catalytic converter. I have tried to patch it once but it is exposed to intense vibrations from the engine so the patch now has a crack in it. Air gets sucked in to the crack and enters the catalytic converter where the lambda sensor is located, leading it to detect exhaust rich in air and thus falsely making the Engine Control Unit (ECU) think that the engine is running lean and in need of more fuel rich mixture. This makes the engine run rich with sluggish, uneven performance and increased fuel consumption as a result. To make sure that the crack is really the culprit and that the lambda sensor is working OK I decided to record the output of the lambda sensor with an oscilloscope, as suggested on lambda powers site, before and after fixing the crack a second time.

To be able to sample the lambda sensor I searched around for a arduino oscilloscope but found no really good software. The one that came closest was xoscillo but I couldn't make it record long periods (several minutes) of samples and display as a graph. So I decided to put in a couple of hours to code my own "oscilloscope" which is more of a data logger with a graph view. The PC application was done in C# in Visual Studio 2012 and the arduino code was done in the arduino environment. The application features saving and loading of data logs (for later inspection and analysis), a zoomable, scubbable real time graph and exporting of the graph as PNG/JPG/GIF/BMP. 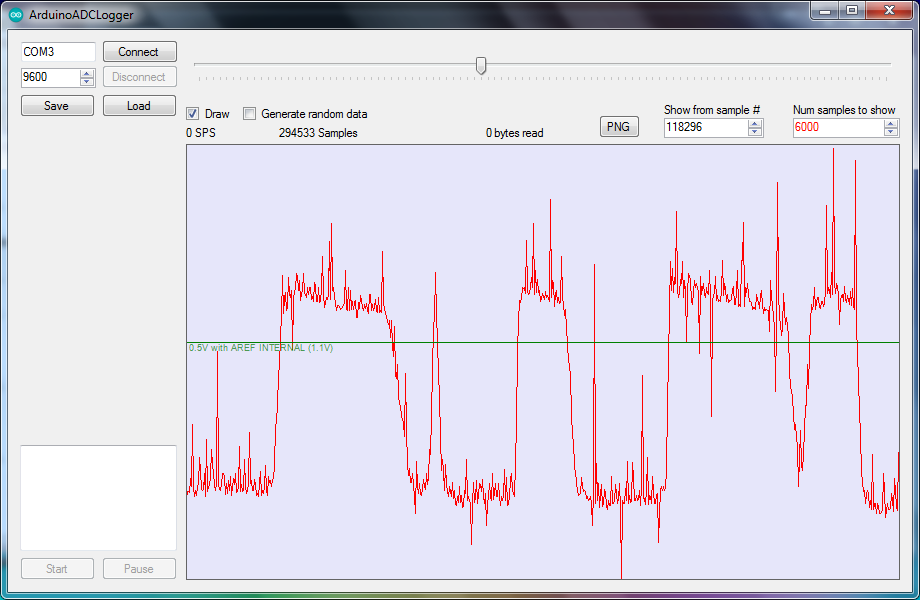 Screenshot of the application.

Since I didn't find any good apps out there to do this I put the code (click here to go directly to instructions on how to download/check out the code) on google code for others to use as a quick starting point to get up and running with data logging from an arduino.

I get around 500 samples per second (sps) at 10 bits per sample and 9600 baud. So the sample rate could probably be increased by several orders of magnitude by increasing baud rate and switching to 8 bit samples but 500 sps was plenty for my purposes.

Hopefully this is useful to someone, enjoy :)

Update: The car successfully passed inspection yesterday! The test-run after patching the exhaust pipe showed beautiful lambda curves so I had high hopes it would indeed pass :)
Posted by Unknown at 20:57 2 comments: